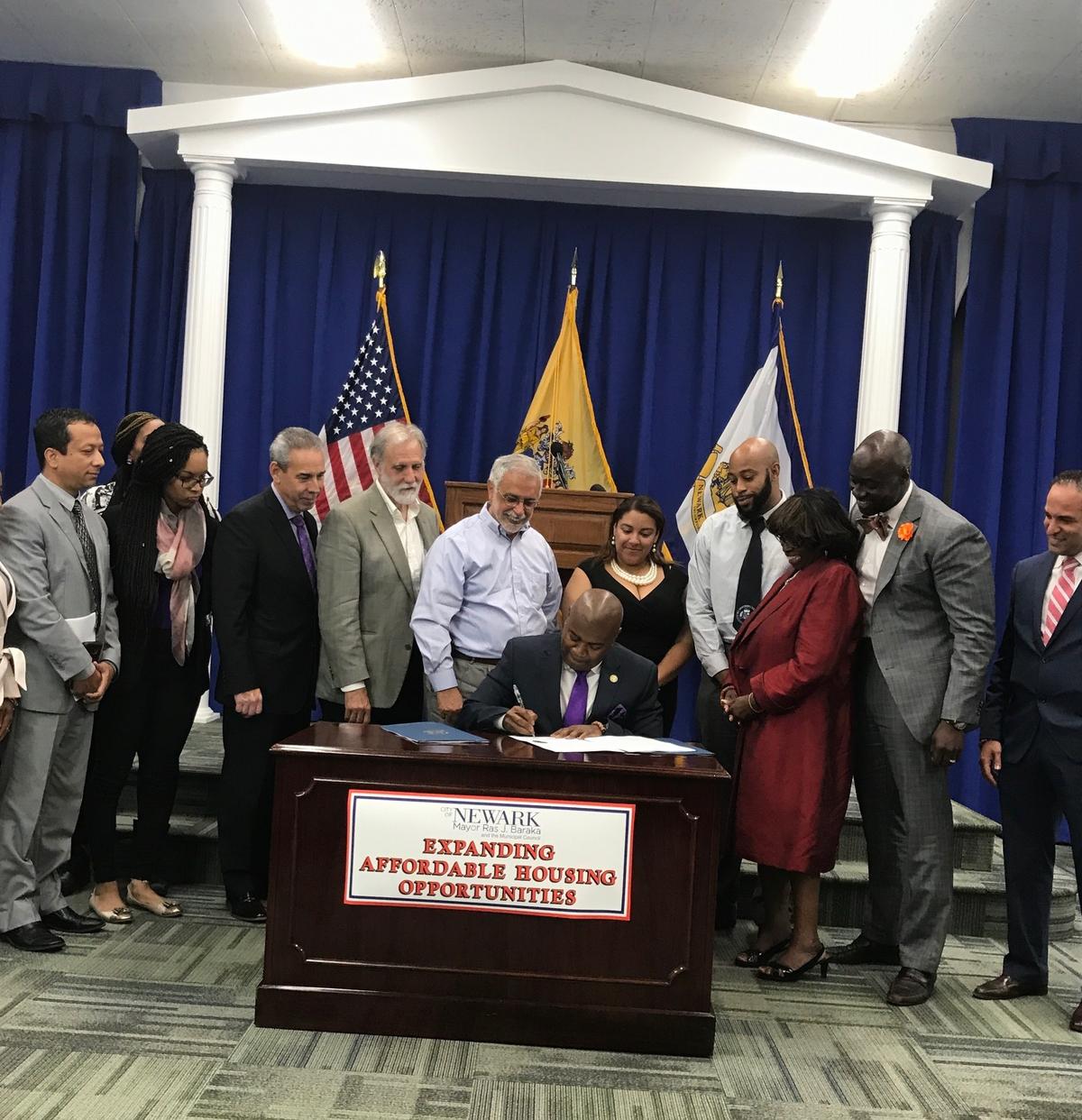 After months of debate and contentious city council meetings over how to keep housing affordable for residents in New Jersey’s largest city, Newark Mayor Ras Baraka today signed two groundbreaking affordable housing ordinances. The “Inclusionary Zoning for Affordable Housing” ordinance requires developers to set aside 20 percent of their residential units for affordable housing in projects consisting of 30 or more units. Baraka says for the city of Newark the timing is right.

The second ordinance signed by Baraka will require all developers that receive long term abatements, to partner with a Newark based minority contractor, provide jobs to Newark residents, and make a contribution to Newark’s Community School Trust Fund to help improve the quality of the city’s schools.

“There are hundreds of developers who are in this city who are black and brown who in this community would not have the access without this , and if you want something from us you have to grab our people and pull them up with you, and think that that is a very important part of this legislation, and that we take a piece of it and turn it over to our school system.”